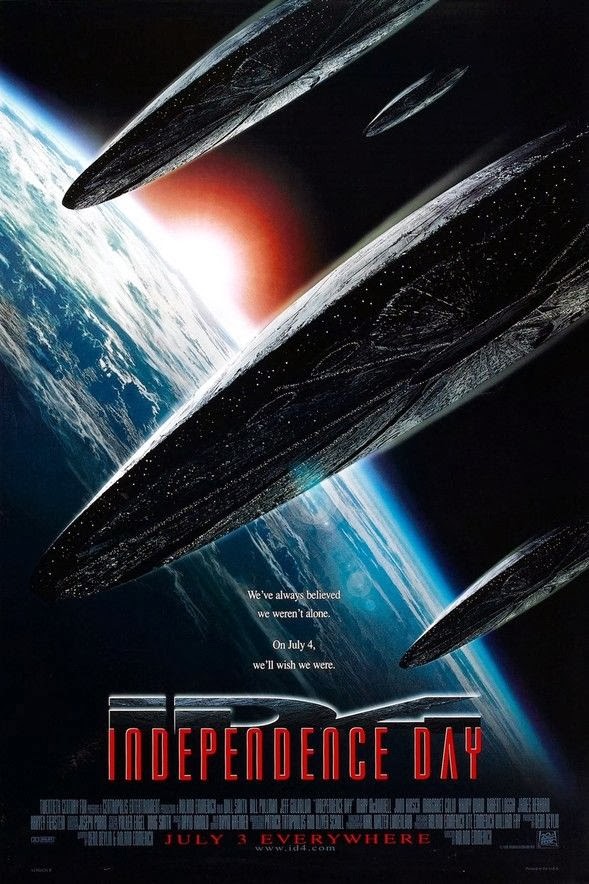 These days the belief in aliens and UFOs has become common, fueled in part by Sci Fi movies such as Star Wars, Star Trek, Independence Day, Aliens (the most recent movie in the 'Aliens' series being Prometheus) etc. Personally I've
never seen a UFO or alien, although many people claim to have seen one. Some people even claim to have been abducted by aliens.

Many supposed UFO sightings may be explained away as natural phenomena. I once remember seeing a large bright object in the night sky that was moving, and for a few seconds wondering if it could be a UFO, only to have a good laugh when I realised it was a low flying airplane.

UFOs could also possibly be angels, but I believe that most UFO and alien encounters are a demonic deception. There are no alien spacecrafts - only a delusion in the mind of the person encountering them.

In the video below Gary Bates shows the clear connection between belief in evolution and belief in aliens. The thinking is that if life evolved here on earth (which it didn't) then it must have evolved elsewhere in the universe.

One of the interesting things Gary Bates found is that with people who have been having alien encounters, when they are instructed to call out the name of Jesus during their next encounter, suddenly the encounters stop. This clearly shows the demonic spiritual nature of such encounters.

"I [Gary Bates] showed in Alien Intrusion: UFOs and the Evolution Connection that experiences can be halted in the name of Christ, by singing hymns, saying prayers etc. And often once they become Christians it stops altogether. This, of course, is strong evidence as to the spiritual nature of these alleged ‘close encounters’." (From http://creation.com/experiencers)

If aliens do exist (which I don't believe is the case) it raises many other questions:
- Who made the aliens?
- Are they benevolent or malevolent?
- If the biblical God made them then Jesus would have had to have died for them too  - so have they repented and trust in Jesus?
- If the aliens are gods (which they aren't) then why haven't they communicated more clearly to us?
- How does a belief in aliens enable us to have knowledge and satisfy the necessity of the
pre-conditions of intelligibility? (It is essential that we have a way of knowing some things with certainty - because if we don't it leads to the absurd situation of not being able to justify our knowledge for anything.)
- If aliens are real why can't we check out and verify for ourselves that they are real or that any claims to things that have been revealed to abductees are true?

- If the aliens are so intelligent or are gods then why don't they reveal things to us about the future in a prophetic way like we find in the Bible? (The Bible has 100s of prophecies that have been fulfilled).
- Why is it that before the movie Close Encounters of the Third Kind (1977) aliens were always reported as having human-like eyes and necks, but after the movie aliens were always reported as having big black eyes and often having long necks? (pg 24-25 Alien Intrusion)

Even if the biblical God made the aliens (which he didn't) this still would not invalidate the fact that the God of the Bible exists and that we must submit our lives to our Creator.

If the revelations of an alien or demon or false teacher are in contradiction to the Bible, then they are false. The Bible warns us that Satan can appear as an angel of light in order to deceive people. The Bible also warns us to not be deceived by false teachings.

The Bible says that God cannot lie and that God's Word is truth. If God had have made aliens he would have told us. Likewise if he had have used evolution and billions of years to create everything then he would have told us clearly that this was the case. But God's Word is clear that God made everything in 6 days without any kind of evolutionary process.

The belief in aliens and UFOs has become a kind of substitute religion where people are awed by the super intelligence of these supposed beings out there somewhere. There is a super intelligent being out there - God - and he created us. We all know that this God exists but because of sin people rebel against Him and create their own religious ideas to avoid worshiping the one true Creator. If you don't know Jesus Christ I urge you to repent and submit your life to God and accept Jesus as your Lord and Saviour.

Email ThisBlogThis!Share to TwitterShare to FacebookShare to Pinterest
Labels: A, aliens, UFO, UFOs